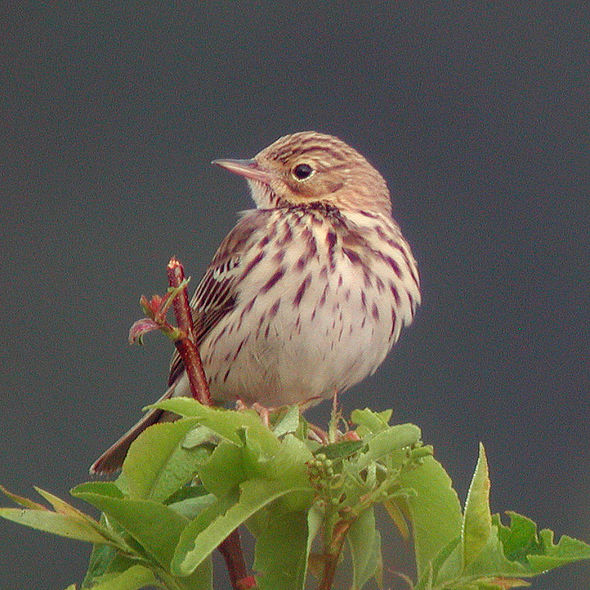 Interesting facts: The tree pipit recites its fluttering song during a distinctive flight; it only begins with its song when he has reached the highest point after leaving the tree top, so that he can fall with a raised tail. The species feeds on small insects, which it picks up off the ground.

Body length: Smaller than a sparrow (less than 20 cm)